Is kennel cough contagious to cats? Dogs and cats can suffer from respiratory conditions akin to what are called colds. Some diseases are specific to species and have different origins. However, between species, animals can contaminate each other. Furthermore, as viruses evolve, it now appears that certain strains of influenza can pass from humans to animals.

Let’s take a closer look at how kennel cough can become contagious to cats.

The cold snap: a cold specific to animals 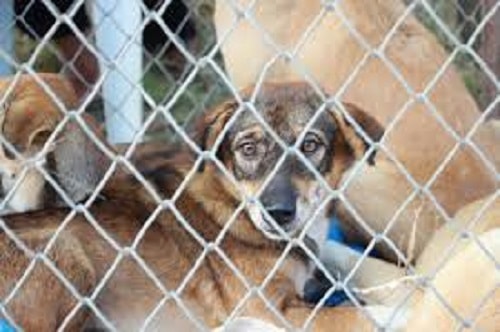 Contamination by bacteria and / or viruses (because these infections are most often the result of mixed contamination) may require veterinary treatment. Unusual signs should prompt the owner to consult a veterinarian such as sneezing, nasal discharge, red eyes, cough, depression, fever, etc.

If the condition is quickly taken care of after an appropriate diagnosis and the animal is resting well it will recover very quickly. Any self-medication is to be absolutely avoided.

Often times, it is easier to “keep” the cat indoors than the dog as he needs to go out for hygienic needs. However, the walks should be kept short and in humid weather, good drying after returning home is recommended.

Is kennel cough contagious to cats? Vaccines as a measure of protection

In cats, what is called a cold can be coryza. This disease (not transmissible to humans) is due to the association of several viruses: one of the herpes virus family, a calivirus, and a reovirus, and bacteria (notably chlamydia). 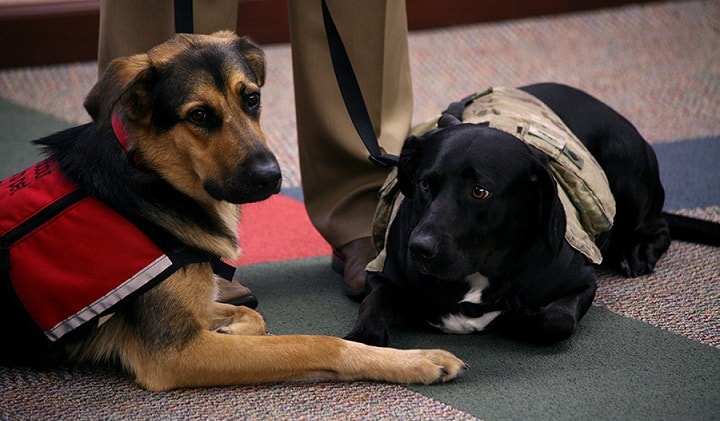 A cat cured of coryza can remain a carrier for many years, but be contagious again following stress, or illness. Appropriate prevention involves vaccination of your cat regularly by the veterinarian. A vaccinated cat can contract the disease, but then it will be lessened.

Is kennel cough contagious to cats? A closer look

In dogs, kennel cough should be feared and although it cannot be transmitted to cats, it can affect humans especially those who are not in good health condition.

Many factors lead to kennel cough such as parainflluenza, Bortella bronchiseptica, and adenovirus and it is observed mainly in communities (farms, kennels – hence its name). Once again, the rapidity of treatment is crucial to maximize the odds of recovery. 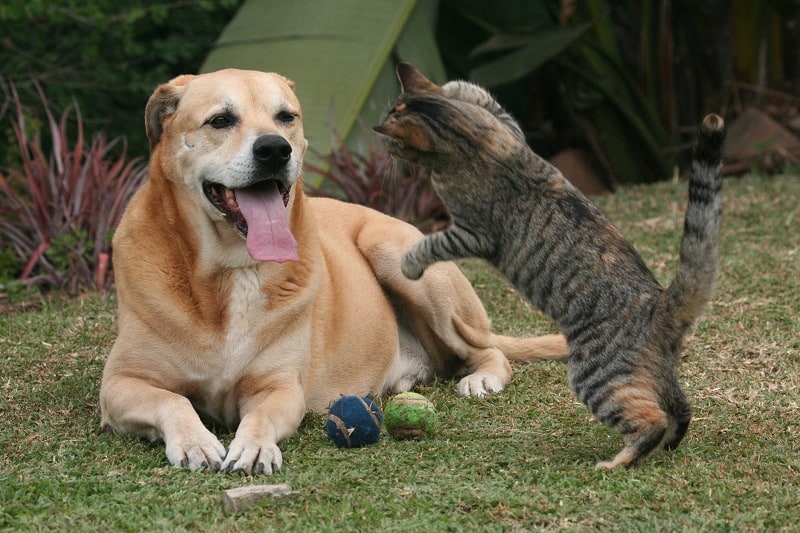 Vaccines exist for prevention, including an intra-nasal one. Ask your practitioner for advice.

Cough in cats and dogs: a symptom that does not just mean a “cold”

Note that other serious diseases can lead to a cough such as parvovirus, distemper, and other conditions such as a heart problems. When you acquire a puppy or a kitten, do not wait to have your companion checked for the first time and have the necessary precautions in place to prevent certain diseases.

Dogs and cats are not susceptible to the same viral strains as humans. Man cannot transmit his flu to his companion. At least that is what has long been believed. Until one of the last episodes of the H1N1 flu.

In France, a cat was indeed affected by influenza A H1N1 in 2009 in the Bouches-du-Rhône area. This case was confirmed at the time by Didier Houssin, director general of health, during a press briefing on the H1N1 flu epidemic. But this is not an isolated case across the world. The first documented case is a fatal human-to-cat transmission of the pandemic H1N1 influenza virus reported the same year in Oregon. 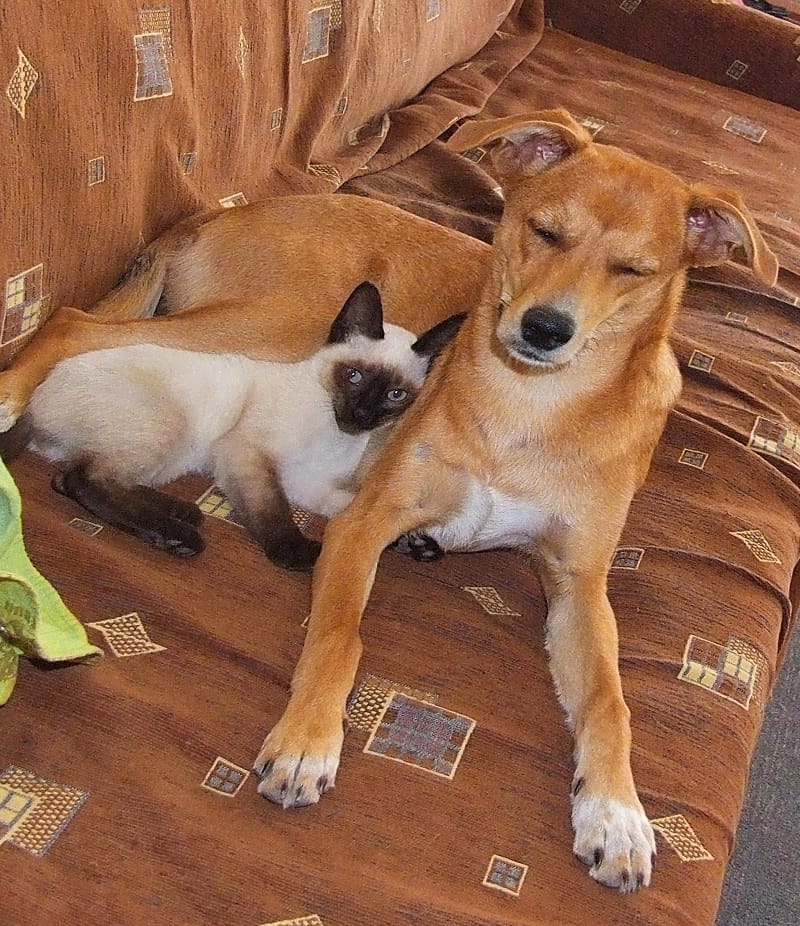 The owner of the affected cat had to be hospitalized and while still in hospital, his cat, without exposure to other sick people, had died of pneumonia caused by an infection with the H1N1 virus, as reported in the scientific journal of Veterinary Pathology.

The H3N8 subtype virus that has been found in dogs is not thought to be a danger to humans. In January 2004 in Florida, 22 dogs participating in greyhound races suffered a respiratory illness and as a result, eight died. Science journals reported that the tests revealed that they had been infected with a virus similar to H3N8, which causes equine influenza. 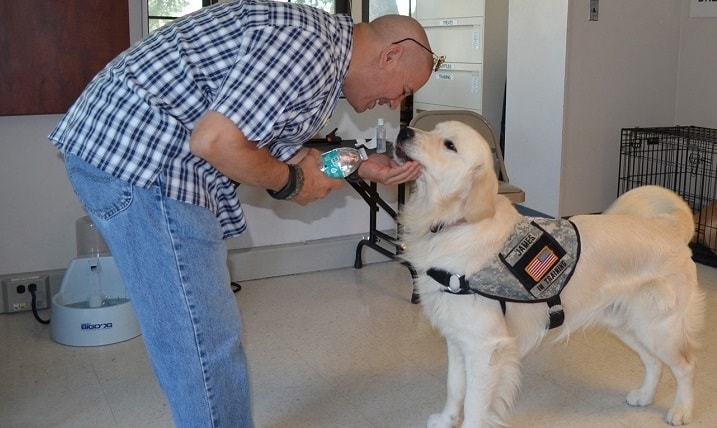 This subtype virus was the subject of much discussion in France in 2005 and can affect dogs and cats. The H5N1 virus was initially detected in geese in China in 1996. It has also been responsible for the death of a dog in Thailand, who had ingested a contaminated duck. A cat carrying the H5N1 virus has also died on the German island of Rügen, in the Baltic Sea.

Is kennel cough contagious to cats? We have seen in this article that it cannot be transmitted from dogs to cats. However, many other related conditions involving humans and animals could have negative repercussions and extra care must be taken to prevent contagion.

1 thought on “Is kennel cough contagious to cats?”